THIS IS KATHRINE SWITZER 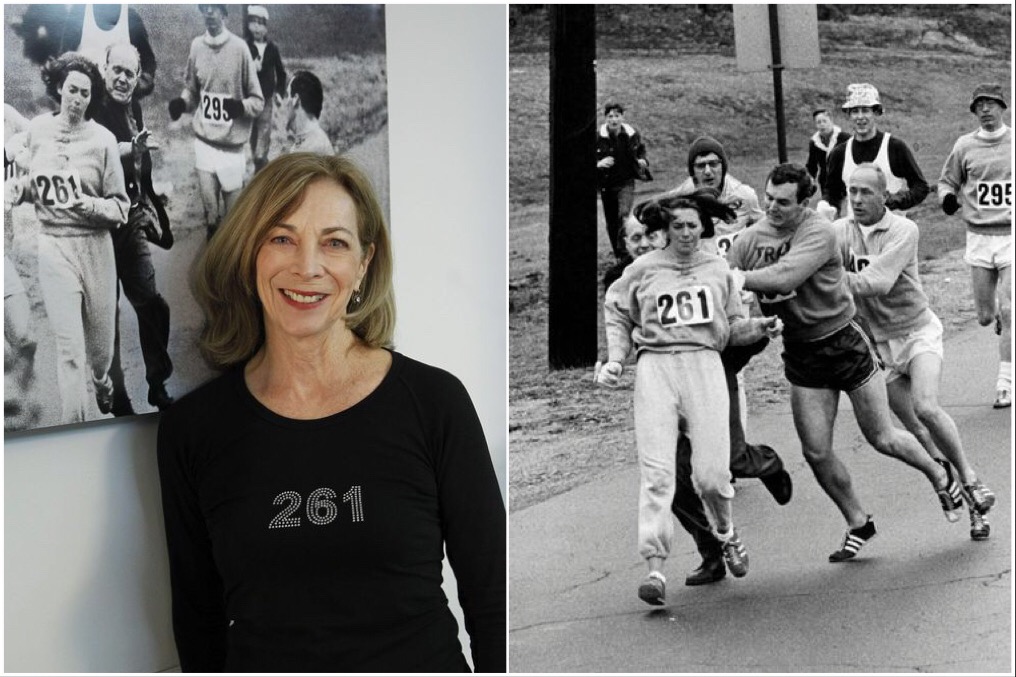 This is Kathrine Switzer… she is a complete and utter legend.

Kathrine just ran the London Marathon, a major feat in itself at the age of 71, but what is even more inspiring, is that Kathrine was the first ever woman to run a marathon…

Her tale is one of massive female empowerment: women had run in marathons before, or at least they had tried to, but never officially, since they were not even allowed to register – never mind take part.

If they did manage to escape detection and get running, they were not given finish times or acknowledged at all and for the most part they were pulled out of the race by eagle-eyed administrators.

That fate almost met 20 year old Kathrine all those years ago, had it not been for her boyfriend ( an American Football player and a man truly ahead of his time), who heroically shoved away the official about to grab and remove her from the Boston Marathon – as depicted in this very famous photograph.

Bystanders reported that he continually protected her, shouting that she throughly deserved to be there, whilst other runners jibed she should be back in the kitchen.

Kathrine, we salute you – a true legend, a pioneer and a fabulous example of empowerment.

You paved the way for the rest of us.

Enjoy every bit of this well deserved glory, you rock.

Ladies, pass it on.