KNOW THAT YOU CAN START LATE, LOOK DIFFERENT, BE UNCERTAIN AND STILL SUCCEED 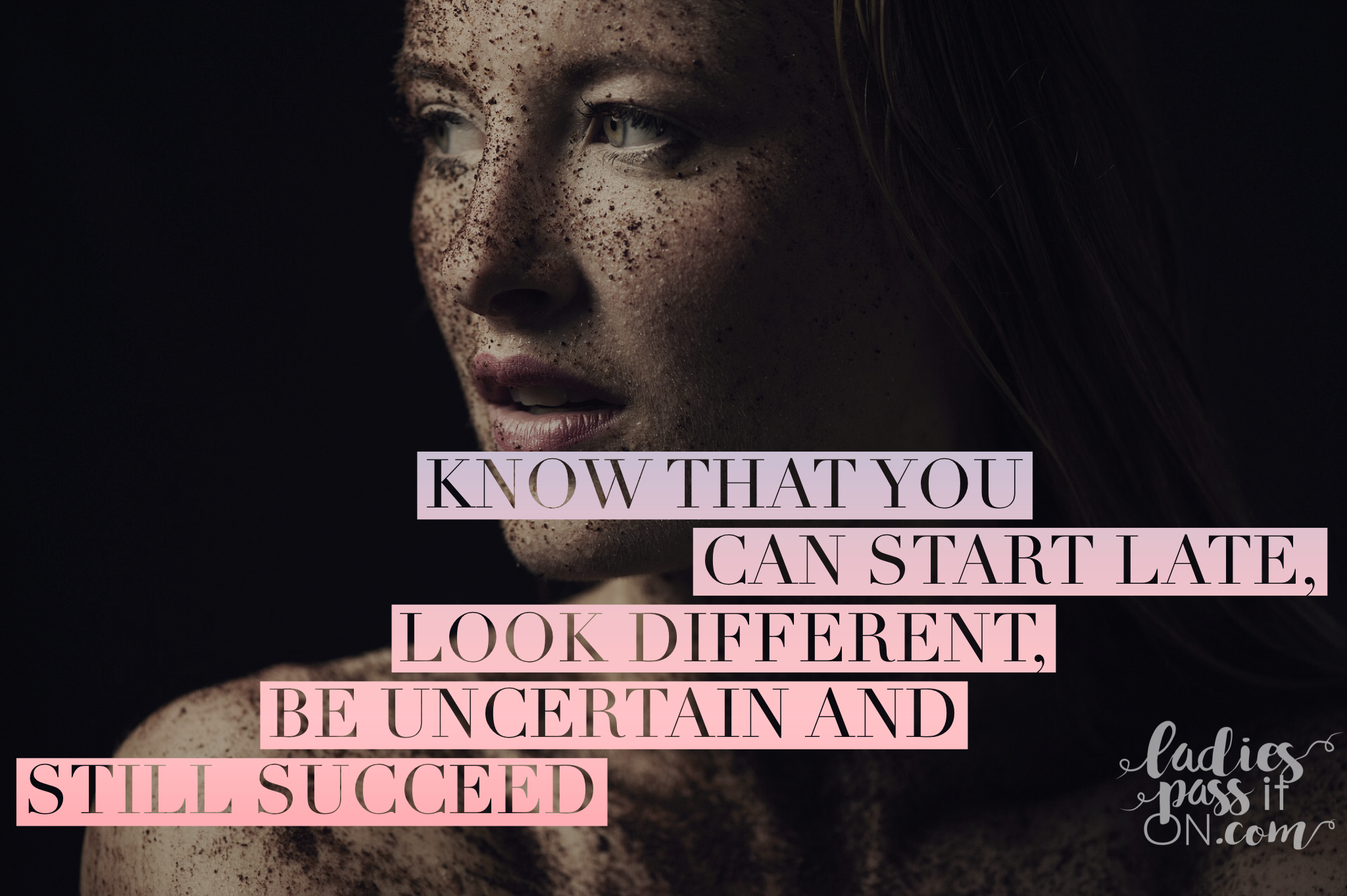 Are you guilty of squashing your hopes & dreams because you believe it’s too late?

This amazing and inspirational list by Drew Forrester, reminds us that this thinking is extremely flawed.

You can and you totally should.

At age 23, Tina Fey was working at a YMCA.
At age 23, Oprah was fired from her first reporting job.
At age 24, Stephen King was working as a janitor and living in a trailer.
At age 27, Vincent Van Gogh failed as a missionary and decided to go to art school.
At age 28, J.K. Rowling was a suicidal single parent living on welfare.
At age 30, Harrison Ford was a carpenter.
At age 37, Ang Lee was a stay-at-home-dad working odd jobs.
Julia Child released her first cookbook at age 39, and got her own cooking show at age 51.
Vera Wang failed to make the Olympic figure skating team, didn’t get the Editor-in-Chief position at Vogue, and designed her first dress at age 40.
Stan Lee didn’t release his first big comic book until he was 40.
Alan Rickman gave up his graphic design career and landed his first movie role at age 42.
Samuel L. Jackson didn’t get his first major movie role until he was 46.
Morgan Freeman landed his first major movie role at age 52.

Live life, love life..you only get one shot at it ❤