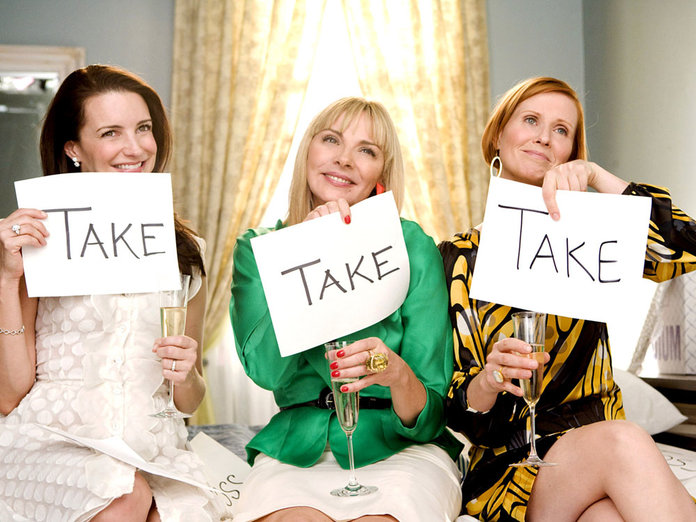 There has been a fair amount of controversy recently regarding the Sex & The City sequel (or lack of ), and yesterday, Kim Cattrall who plays the infamous Samantha, spoke to Piers Morgan to lay all the rumours to rest…

And the story she tells, is a familiar one indeed. A story of how a group of women grow apart and move on.

Rumours have been flying around, most of them indicating that the reason the third movie has not been signed off is down entirely to Kim’s ‘diva-like demands”.

Not so, the actress told Piers, she stated that the movie was never a possibility for her and never ‘on the table.”,
Why?
Because Kim, in her own words, claims she has moved on. She is in her sixties now – and this decade is going to be devoted to doing things that she wants to do.

I applaud this! She has earned it after all, having worked on screen for decades and I am a big believer in women claiming their latter years as a time to really live.

But the most interesting part of her chat with Piers, to my mind, is the way she spoke about her relationship with her SATC co-stars.

She described the group as having nothing in common anymore, now that the series isn’t a regular part of their lives. Apparently, this was the only common ground they shared.

Kim went on to say, very frankly, that because she has not had children, her life now varies vastly to the others and that they just don’t have any reason to be together anymore.

She then stated that she had not received one phone call or message from any of them during the ‘talks’ regarding the movie, and that no one ‘reached out’. She also said ‘she wished Sarah had ‘been nicer about it all’ and that their relationships had become ‘toxic.’

Now, this to me, seems like a very common situation. As a woman in her forties I see many groups of friends, including my own, that were once very close, drift apart.

Lives change, families are made, paths are taken, energies veer off in different directions and suddenly just don’t work well together any more.

It is a sad situation but trying to cling onto something that no longer exists is perhaps even more sad?

So, I think, as a SATC fan, that the third movie SHOULD go ahead without Kim. Why? Because that is all part of the story of how a group of female friends evolve. The writers should consider making the real life situation come alive in the script. I am sure many of us would connect with it?

What say you ladies?