THE WATERMELON PUZZLE THAT DETERMINES YOUR BRAIN FUNCTION 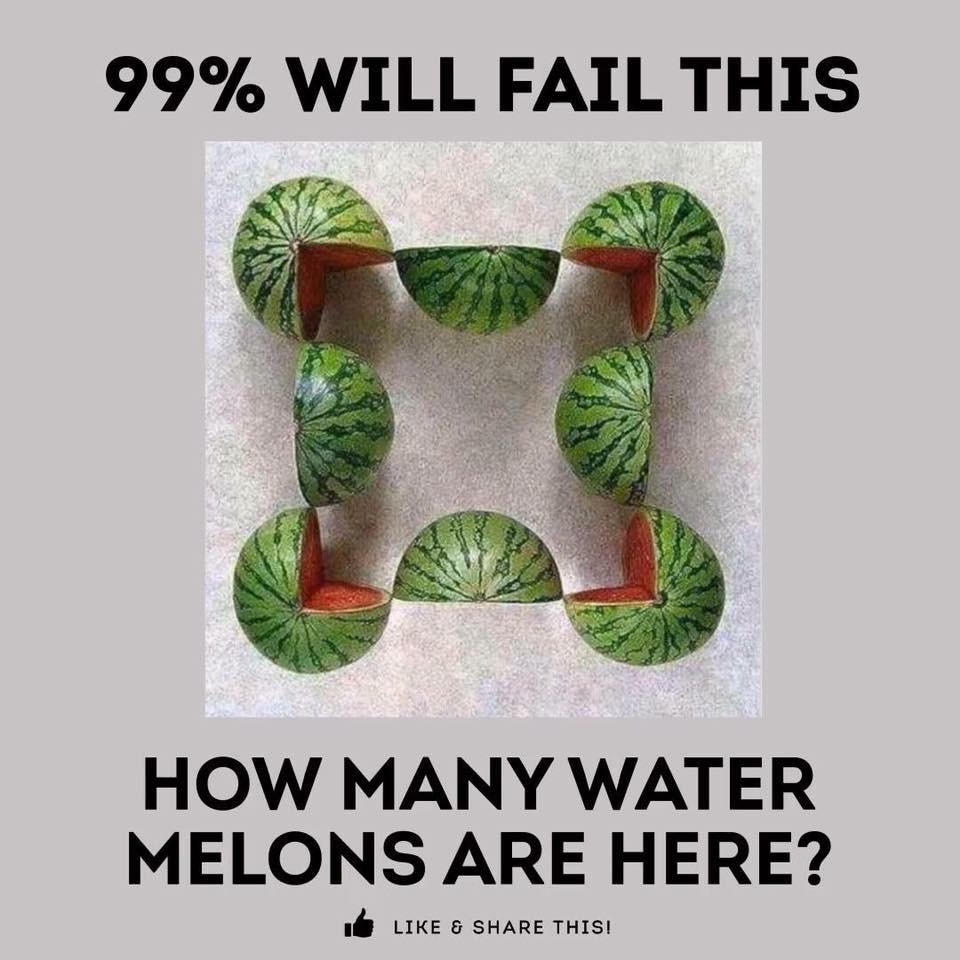 This meme has us all thinking at the moment, and whilst the question has probably been posed as deliberate click-bait, it really is quite interesting to see how we all read it!

Below are the three most popular answers, in no particular order:

Some readers have pointed out that the question asks how many watermelons you see, not how many whole watermelons you can make. This logic leads to the answer being 8, consisting of four halves and four three-quarter melons. It has been noted that the meme doesn’t state that partial melons need to be added together. Thus, 8 (partial) watermelons could be the answer.

Another theory is to examine how many melons it would have taken to create this image. In that case, the answer would be 6. This is achieved by adding the four three-quarter melons to two full melons which were cut in half to create the four halves.

Another possible solution is to fit the available pieces into a mathematical equation. In this case, we have four three-quarter melons plus four half melons, which could be represented mathematically as:

Apparently your answer can determine whether you are left or right brained:

IF YOU SEE 8 YOU ARE LEFT-BRAINED

IF YOU SEE 5 OR 6 YOU ARE RIGHT-BRAINED

WHICH ANSWER DID YOU GO FOR?

Did it match up?