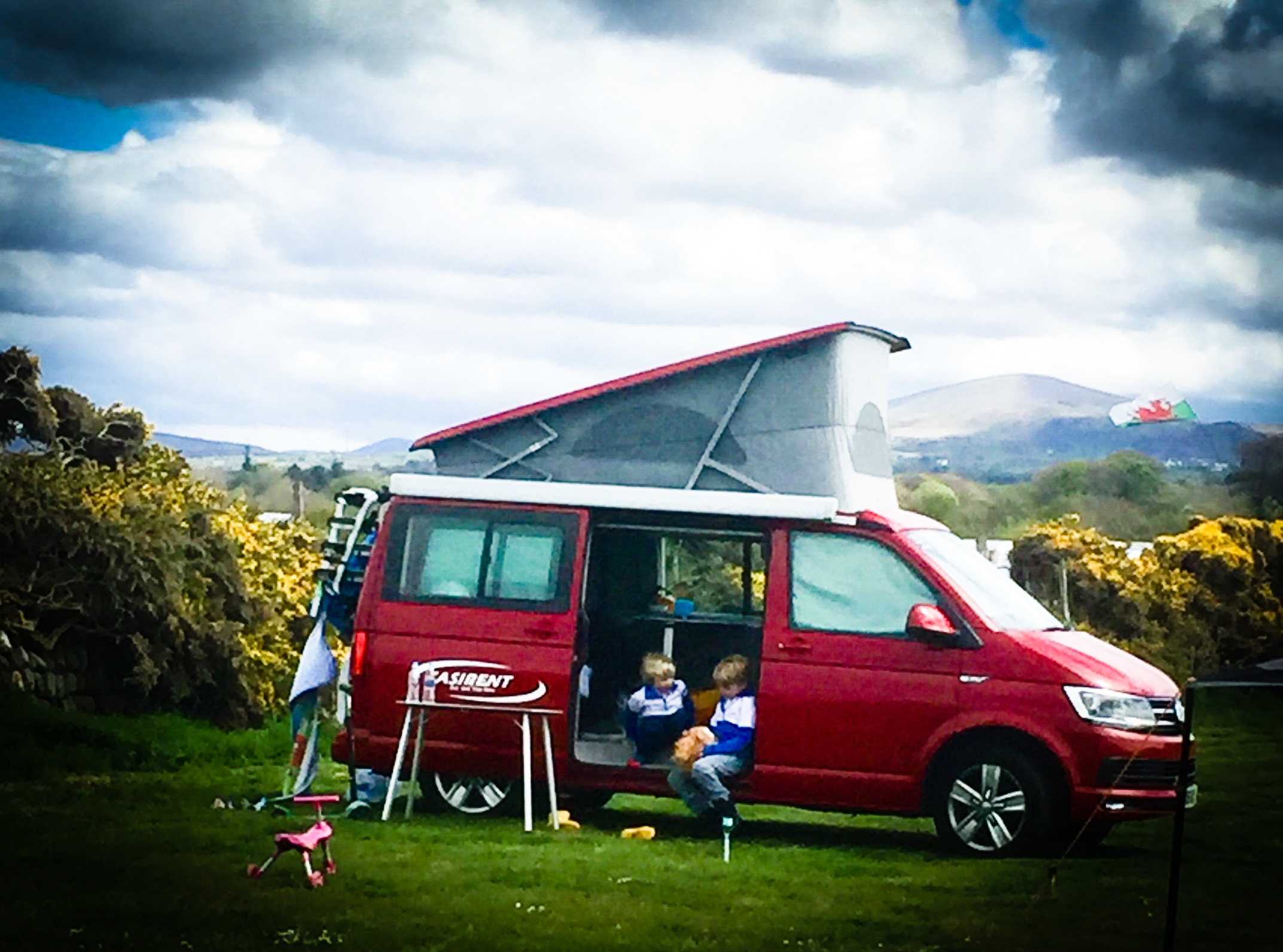 I don’t know about you but I have always fancied a little road trip in a VW CAMPERVAN…It has always just looked so cool and romantic – cruising down the highway and pulling up at a new beach every night (in this vision it is also really hot and I surf for some reason).

I was recently presented with the perfect opportunity to (kind of realise) this ambition when a group of lovely mates invited the gang and I along on a camping trip – since the weather forecast looked throughly miserable (we are in the UK – nothing new there) I abandoned the idea of buying a tent and all the gear to go with and instead hired a Campervan for the weekend. Not quite the old fashioned aqua and white retro number I had in mind but even better as it has all the mod-cons. Genius!

In a nutshell and without being too picky, yes, it was ace! But for the sake of a genuine review (This is not sponsored) which I swore to always offer on here, then I have a few bones to pick.

It rained – we were dry – the heating was super effective and we always had a perfect place to shelter. There was a gale force wind most nights and we hardly noticed – unlike our friends in the tent next door! The costs was pretty reasonable too and came in at jut over £300 for three full days which is really not as much as you may think?

It’s small – really small – like living in a big car for three days. Whilst it’s great fun putting the kids up into a bed in the roof, it means no one can stand up below so you do have to think through every single part of the day in terms of what you need at what times. Moving tables, beds, seats to get into a cupboard gets quite old after a few days. Cooking is not easy, the kitchen looks like it was made by Fisher Price, BUT, if you had the awning attached, which we didn’t and if you had a BBQ outside, you’d be laughing.

WHAT DID WE GET WRONG?

We should have hired the awning or we definitely should have brought along a small tent for putting stuff like bikes and scooters in. There was just not enough storage space inside but like I said if you had the awning that wouldn’t be an issue.

WOULD I DO IT AGAIN?

No, next time I would take a giant tent simply because there is so much more space and I would also go later in the year in the hope for more clement conditions. On saying that, the camping trip itself was just brilliant! The kids had a blast roaming around the field (the site really was just a field) and playing good old fashioned games. The piece de resistance was the beach, which backed right up onto our field and was the ultimate place for a bonfire to toast marshamallows as the sun went down.