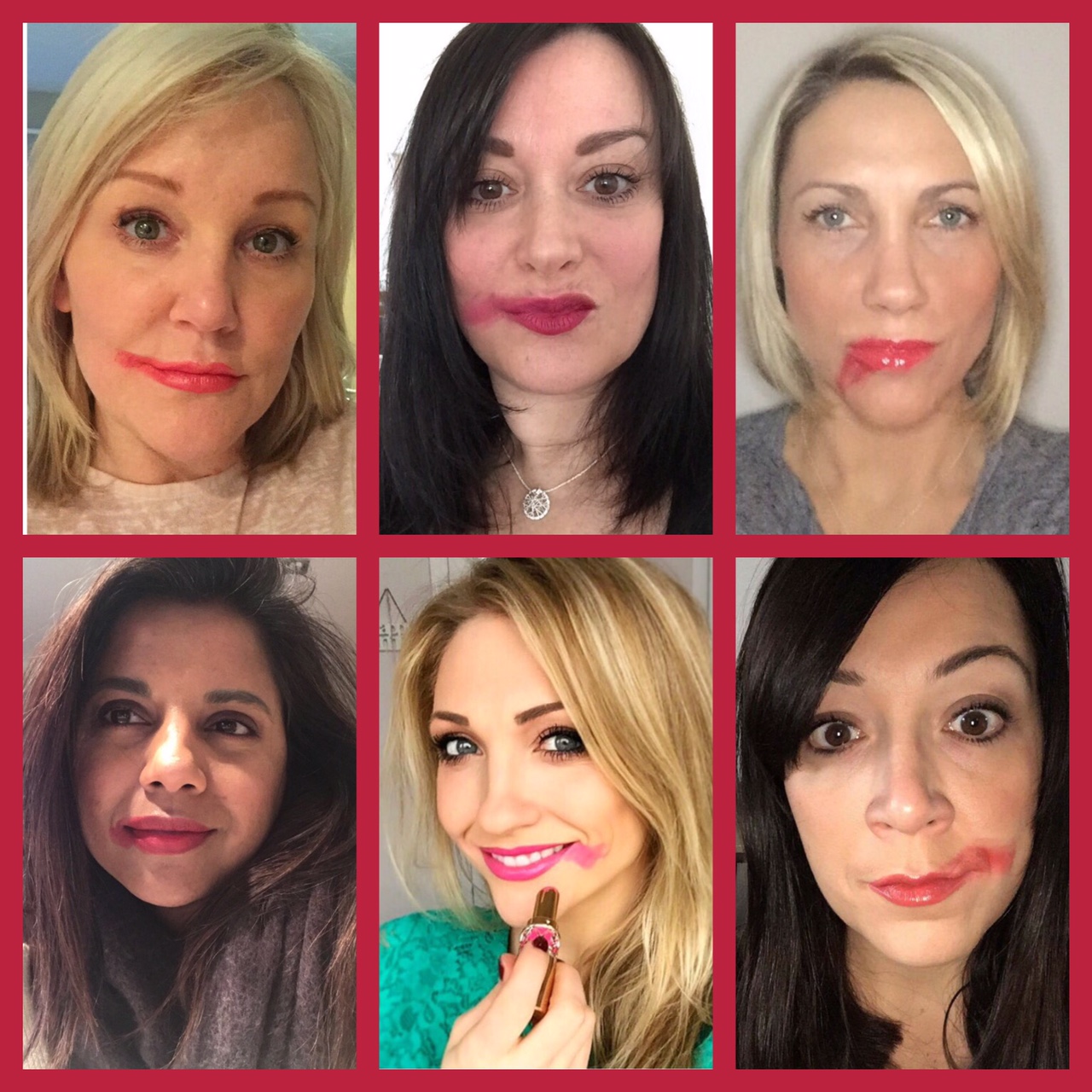 There is nothing more important than raising awareness for silent killers like Cervical Cancer – did you know that this is Cervical Cancer Awareness Week? (Jan 22nd-28th). Did you also know that there is a campaign going around (remember the make-up free selfies?) to highlight this cause?

The Smear for a Smear campaign asks that we take a selfie with a lipstick smear across our face and share, share, share. Just a bit of fun again but with a very important message – HAVE YOU HAD YOUR SMEAR??

I have had so much fun today smearing lipstick across my face (it’s not as easy as it looks!) and roping in a few of my gorgeous girlfriends to join the fun! I really hope we can share this article like wildfire to really get it going! Please ladies – get your lippy on – smear and SHARE! Below are our selfies and a story from one of our lovely readers to hammer the point even further home and make sure we are all clear on cancer…

I was always up to date with smear tests until I fell pregnant with my first child. I was due my routine smear test while pregnant and was reminded on several occasions throughout that pregnancy that I should book the test once the baby was born. Once my daughter was 6 months old I booked that test on a number of occasions and each time had to cancel due to irregular periods. I then fell pregnant with my son and it was during an early scan that I was reminded to make sure that I booked a smear test once the baby was born. I finally booked in for my smear in October 2014 when my little boy was 4 months old.

I didn’t think anything else about it until a letter came through in the post asking me to attend the Women’s Day Clinic for a colposcopy. They had found some irregular cells and wanted to investigate, after a slight panic I was assured by many friends that this is indeed a very common thing. I was very nervous at the appointment and the consultant explained that they have found some pre-cancerous cells in my cervix which they would remove right there and then. A biopsy was also taken which didn’t concern me as I thought it was just part of the process to grade how pre-cancerous the nasty little cells were. I was told I would get a letter in around six weeks with the biopsy details and should attend the clinic again in 6 months. The letter never came but it was the festive season and I put it down to that. Then on the 5th January 2015, I received a phone call from the consultant’s secretary asking me to meet her at the hospital two days later. I was beside myself with worry, they don’t call you unless there’s something wrong. The secretary was brilliant and could sense my worry so arranged for me to come in the following morning. The hours between that phone call and me meeting my consultant were the worst, the fear of the unknown is horrid and you can’t help your mind wandering to all sorts of horrid thoughts.

The consultant met with me and told me that the biopsy had diagnosed stage 1a1 cervical cancer, my initial reaction was tears but she then explained that they had actually removed the cancerous cells during the colposcopy procedure. So they’d got it! It had been and gone without me even knowing it was in my body, I had an overwhelming sense of relief, especially when she said this wouldn’t kill me.

I was left with some high grade pre-cancerous cells which required treatment and the next step for me was to decide which procedure to undergo. With two children already I was asked if I had plans to have anymore. The answer was maybe and with my son being only 7 months old at this stage and my daughter 2 it certainly wasn’t an immediate thought. I was offered the choice of a cone biopsy to remove the bad cells then a hysterectomy after a 3rd child or a hysterectomy. I chose to have a hysterectomy, it wasn’t a decision I took lightly but in my mind you don’t f*ck with cancer, I was fortunate enough to have it caught in the very early stages and I didn’t want to live with the worry of it coming back or a third extremely high risk pregnancy.

I really didn’t know what to expect from the hysterectomy. I didn’t know anyone my age who had been through such a procedure and had lots of questions. I was able to get some information from a helpful friend of a friend who had a similar procedure. Nowadays I’m always happy to speak to people going through similar as it’s something that really helped me.

The surgery was performed by keyhole and I was able to keep my ovaries to avoid going into early menopause although I have been told that I am at risk of early menopause as a result of the procedure.

Physically I recovered and was driving again within 6 weeks but emotionally it took longer and I was left with an anxiety over my health.

I went to a follow up appointment 6 weeks after surgery and was elated to find out that there was no further disease and that I required no further treatment.

I’ve had all the check-ups necessary after my surgery and have been given the all clear now with no further follow up.

It hit me like a brick at the time but I’m so grateful it was caught early and dealt with. I look back on it now and it feels like a distant memory. The moral of the story is – go for your smear test, it will save your life.

Even Supermodels have smeared!

Symptoms (I didn’t have any)